The so-called Wadi Sura II shelter in the western Gilf Kebir (SW-Egypt), widely known as the ‘Cave of Beasts’, ranges among the most important rock art sites in the entire Sahara.

With an estimated 8000 individual figures, concentrated on a wall area of some 120 square metres, the ‘Cave of Beasts’ truly is a treasure trove of prehistoric Saharan rock art. At the same time, the overwhelming wealth of images challenged efforts to record all the individual motifs and their main characteristics in a detailed and systematic way. Making such an inventory a structured base for further analytical studies required employing modern computer technology.

In cooperation with Reinhold Goss, ‘CaveOne’, a database software based on FileMaker, was developed to serve this function. Using standardized expandable value lists as well as a number of graphic charts makes recording efficient. Each single figure was entered according to its main characteristics, such as colour, state of preservation, size and ‘style’, orientation, shown posture and action, body decoration, equipment, and others. The notation of superimpositions and possible interactions with surrounding figures, as well as the location on the established grid system, related high resolution photographs, and 3D data, are further essential functions.

More information about the Wadi Sura Project on the official project website or take a closer look at our publication with 545 full color pages »Wadi Sura - The Cave of Beasts«. 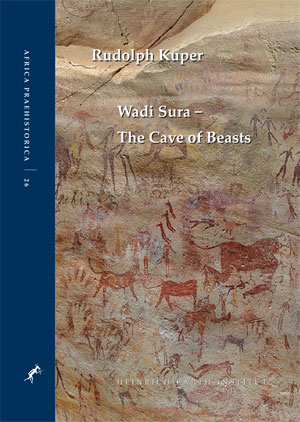